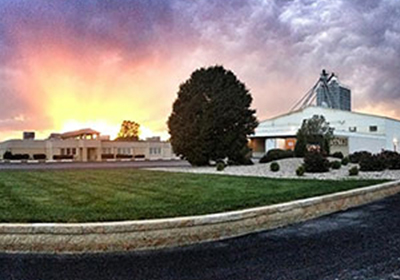 BioZyme Inc., leaders in all-natural animal nutrition and microbiology, was recently named one of the “Top Area Animal Health Companies in the Animal Health Corridor” by the Kansas City Business Journal. BioZyme ranked ninth out of 23 companies listed.

The companies were ranked based on their number of full-time equivalent employees. The Kansas City Animal Health Corridor, which includes St. Joseph, MO; Manhattan, KS and Columbia, MO, is home to more than 300 animal health companies, representing the largest concentration in the world.

Information for the list was supplied by individual companies through questionnaires provided by the Kansas City Business Journal. BioZyme also ranked fourth on a sub-list ranking the companies based on year founded.

Lisa Norton, Vice-President of BioZyme, attributed the company’s ranking to its recent sales growth and facility expansion, created by its dedicated, hard-working and qualified staff.

“Over the last three years, we have added 46 new employees and grown by 40%,” said Norton. “We also launched three new product lines and more than 15 new products, plus added a state-of-the art fermentation facility, expanded our blending plant, added 40,000 square feet of warehousing and expanded our Winding River Research Farm. We wouldn’t be able to do any of this without the support of our dedicated team of employees.”