How do you make a great product better? Add one ingredient that is research-proven to work synergistically with other key ingredients to maximize the overall benefits of the product. That’s what the research and production teams at BioZyme® Inc. did with the Vita Charge® Stress Tubs by including a probiotic to the new and improved formula, that launched in October. Vita Charge Stress Tubs provide an extremely convenient way to protect animals during stress. They are formulated to help animals recover quickly and do not interfere with antibiotics.

According to Lynsey Whitacre, Ph.D. at BioZyme, the company chose to use the probiotic Bacillus. Utilizing heat tolerant spores from this bacteria was critical to the success of the improved Stress Tub for two reasons. First, the probiotic needed to survive the cooking process that is involved to make cooked tubs, and secondly, it needed to survive the gastrointestinal tract to get its benefits to the animal.

“The more and more research that we are able to do on prebiotics and probiotics and plant extracts, we are finding that a lot of them have synergistic effects, meaning that when you add one plus one together instead of that equation equaling two, you actually get three,” Whitacre said. “We believe having the Amaferm® in the tub, along with the probiotic and the MOS, we have created a product that will really help the animal address any negative or potential negative side effects of stress that they might be experiencing and allow the producer to maximize health and production.”

Vita Charge Stress Tubs continue to contain Amaferm, a precision prebiotic that impacts intake, feed digestibility and nutrient absorption to help combat stress and support the animal’s own immune system. They will also continue to contain MOS, to trap and expel the bad pathogens. The addition of a probiotic will enhance the gut microbiome and further protect and replenish the gut while the Amaferm will stimulate the growth of bacteria and fungi in the gut. Animals consuming the Stress Tubs will better benefit from probiotic by adding in the Amaferm and will benefit better from the Amaferm by adding in the probiotic.

“The synergistic effect when you combine a prebiotic with a probiotic is becoming so well-known that scientists have actually created a term for the combination of the two, and they call it a synbiotic. Something that is coming more clear to people is that the technologies can be more useful when they are put together, especially in certain scenarios like when an animal is under stress, which is of course what the Stress Tubs are designed for,” Whitacre said.

She further explained that the continual research that BioZyme strives for makes these product enhancements possible. As technologies progress in the feed industry, other improvements may also be made. It is BioZyme’s belief that utilizing synergistic feed additives, both from within the company and from other companies, will ultimately help provide the best benefits for the producer and animal. That is the core of BioZyme’s mission to provide care that comes full circle. 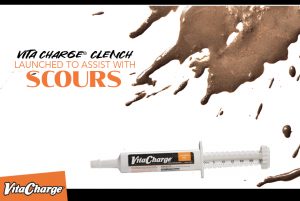 Our livestock can’t always tell us how they are feeling, until it’s too late. And oftentimes they “show” us they are not feeling their best through diarrhea and scours. When these symptoms occur, you want to make sure your livestock get properly treated to feel their best, so they continue eating, drinking, looking and performing […] 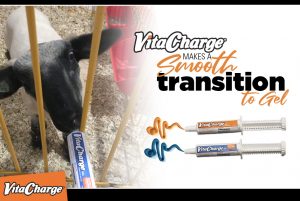 When BioZyme® customers speak, the company listens, especially when they hear of ways to make existing products more user friendly and more palatable your animals. That’s why BioZyme Inc., is excited to share about the release of its improved gel products. The paste products that end-users have come to rely on to help their animals with […]