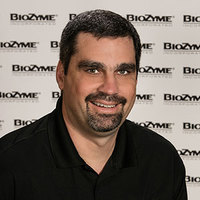 Mike Wadle has been with BioZyme since 2008.

Wadle grew up in South Central Iowa on the family farm. He attended Simpson College to play basketball and then transferred to Iowa State University where he received his B.S. in ag studies/farm operation.

Wadle resides in Mason City, Iowa with his wife, Anne, and children, Kaden and Faith.