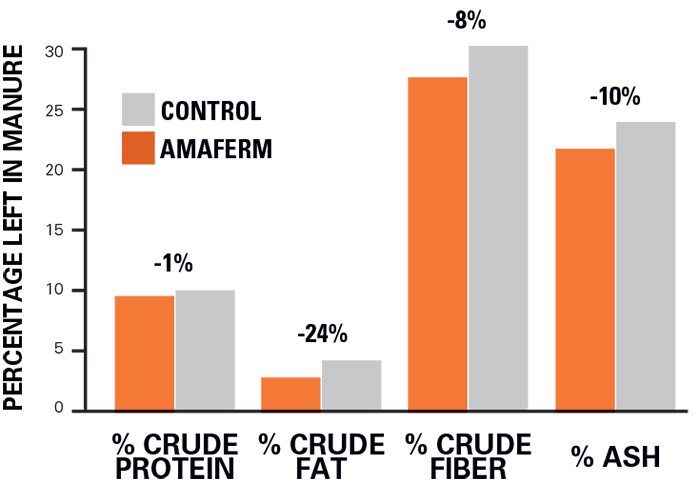 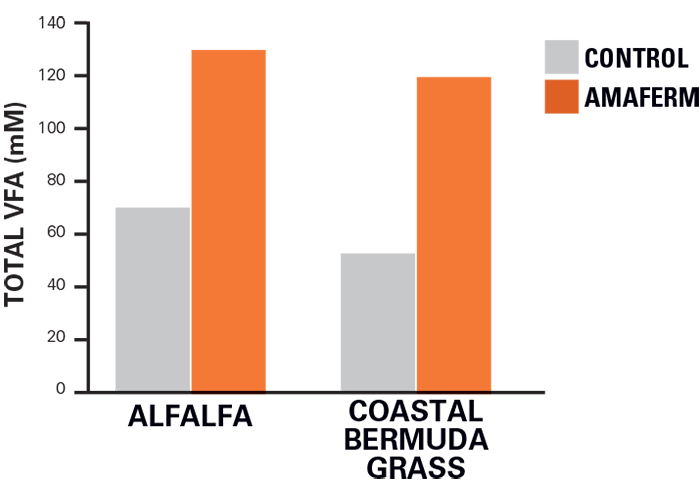 Chart shows more VFAs on both forages which translates to the horse has more energy to perform.

The VFA bar chart shows that significantly more volatile fatty acids are produced when Amaferm is fed. In addition to increasing total VFA, Amaferm increases acetate, propionate, and butyrate from a variety of substrates. The increase in acetate is particularly important as it is the only VFA that can be directly absorbed into the bloodstream and used for energy.

*Not all products may be available in all countries nor all claims allowed in all regions, depending on the regulatory environment.

Amaferm is research-proven with over 111+ published and/or presented research studies proving its increase in digestibility and ultimately its impact on the animal.


Results are based on 50+ years of extensive published research. 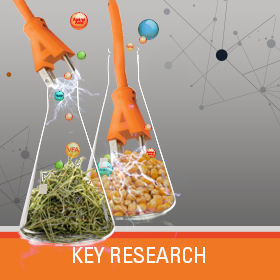 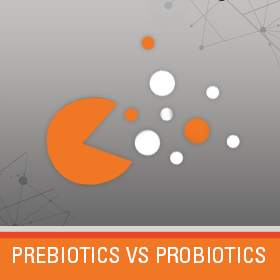