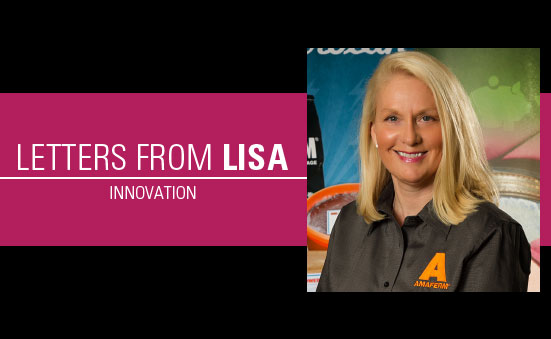 Being innovative or doing things a little differently than everyone else – enough to create differentiation – involves risk. It means openly sharing ideas, even ideas that are undeveloped, half-baked and a long way from being concrete. Innovation means not worrying if an idea is not fully formed or regarded by others as irrelevant, or going against the stream. It means it is fine to suggest something truly disruptive.

Status, turf and fear of embarrassment can lead to hesitation, so when you want people in your organization to give their ideas, you must create safety for them. It’s not enough to give your team a venue to share ideas if the atmosphere is pervaded by rules, rigid structure and unspoken judgment. This is true around products, processes, advertising or any area of the business. Instead, do the following things:

Ask questions and begin conversations, but don’t dictate a path or force a solution. Like General George Patton said, “Never tell people how to do things. Tell them what to do, and they will surprise you with their ingenuity.”

Always draw out as many ideas as you can. Don’t reject an idea immediately because you might reject another idea that hasn’t even surfaced yet. Ask why or how to further the idea. The original idea might not be a keeper, but after asking questions, you might find the next great idea. Remember the words of Nobel Prize laureate Linus Pauling: “The way to get good ideas is to get lots of ideas, and throw the bad ones away.”

Be passionate about finding the right solution or idea. Don’t take breaks, check email, leave the room or take phone calls during the idea discussion. Keep the momentum of these discussions rolling, and remember, sometimes the best discussions happen outside of the office.

Innovation isn’t always an overnight process, so it’s important to keep spirits up, cheer, thank and support. Belief is a powerful risk buster. Believe in the idea once in place enough for it to be a no brainer for success.

The VitaFerm® HEAT mineral is a perfect example of how using these steps work. I asked the team in April 2014 to help create ways we could reduce our summer sales slump. After many ideas were discussed in great detail and noise volume for more than two days (that’s a long time for me not to check email ☺), we decided to create a mineral focused on helping with summer heat instead of summer grass. The nutrition team went to work to create a research-based mineral that would lower heat stress, control flies and help cattle deal with the challenges of fescue. After some testing, the product was ready to go and hit the market in the summer of 2014. At the end of the summer we had sold 26 tons – not exactly enough to get us out of our summer sales slump. However, we remained optimistic and worked harder in 2015 to believe this innovative idea was an opportunity. We sold 437 tons. Now, that’s enough to reduce any slump!

P.S. If you haven’t checked into the VitaFerm HEAT and HEAT 3G mineral,
I would encourage you to do so. Seventeen times growth in one year is every business’ dream.