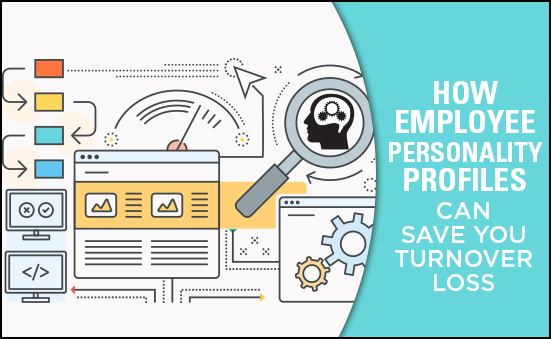 Employee turnover is costly. There is no real way to measure it; you have the time and effort it takes to promote the vacant position, another employee has to fill in, resulting in decreased productivity; if the employee that left was one that others liked and respected, other employee morale could be down, also resulting in lowered performance or even causing others to leave their jobs. By the time you replace one employee that already understood your company culture and policies, recruit, hire and train a replacement employee, you are looking at spending thousands of dollars, and potentially having lost revenue due to losses in employee performance.

In his book, Collins talks about getting people in the positions that they are best suited for. Sometimes a company will hire someone on the premise that that person thinks they know their skill strengths, but they might not always realize their personality strengths and weaknesses. Although personality assessment does take time and money, the investment is typically one that pays off in the end and is less costly than employees leaving and having to recruit, hire and train.

At BioZyme, the employees took the Prism assessment. The results revealed insights into the employees “Emotional, Relational and Team Intelligence (ERT-i). This highly relevant and transformative data will provide you with critical information to impact your personal and professional performance, productivity and success.” In other words, the report likely told each individual things he or she already knew. However, it is an opportunity to let others within the company know more about how to work with each other and for supervisors to make sure they have the right people in the right seats on the bus.

Prism is just one of many assessments that companies can utilize. There are many options available at a variety of price points. Some come with further training while others provide a report and guidance on how to use that report.

So just how important is personality? As Virgin Mobile CEO Richard Branson put it, “Most skills can be learned, but it is difficult to train people on their personality.”

Let’s look at this example. For one Ohio-based company, taking a personality assessment helped its Human Resources and Management teams get people in the right positions. They discovered the person they had working the phones in a marketing customer support role was an extreme introvert. And while his degree was in marketing, he had a passion for graphic design. The company moved him into a design position where he could better use his talents and had no interaction with customers. He became very successful in his job. The same company discovered they had an employee who was very outgoing who hadn’t had the opportunity to talk to customers. They moved her into that customer support role, working on the phones. Not only did her career flourish, but customer satisfaction improved too.

Employee satisfaction and attrition go hand-in-hand. You can save the time and expense of employee turnover by making sure you have the right people in the right positions.