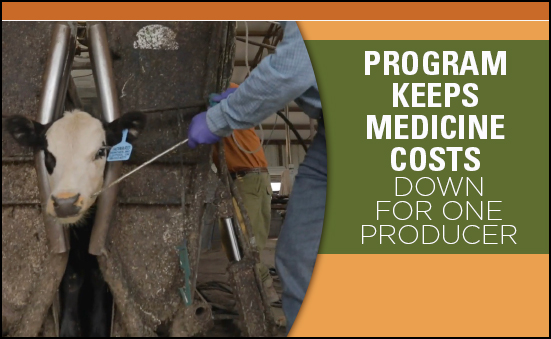 Nutrition and health. The two are synergistic, and one multi-generation background operation in Oklahoma has found that if they keep their calves healthier from the start with a good nutrition and vaccination program, the calves stay healthier during their time on the ranch.

“Vita Charge® has been important to us. It’s helped us be able to run more cattle faster through the system without making any major changes and without spending a lot of money,” said Steve Howard of Howard Ranches at Waurika, Oklahoma. Howard Ranches backgrounds 14,000 to 15,000 calves annually.

According to Micky Worley, sales rep for Twin Rivers Vet Supply, Howard Ranches has been a long-time customer, buying vaccines from the company for more than a dozen years. But about four years ago, the progressive operation also wanted to keep their nutrition in check too, realizing that health and nutrition typically work better together.

“We know that premium nutrition like that offered through the Vita Charge program is a direct benefit to a good vaccination program. The Vita Charge Drench helps those calves’ digestive system get to working right. It keeps them on feed, keeps them going, keeps them gaining and performing,” Worley said.

Upon arrival, the Howards, give each calf a dose of Vita Charge Cattle Drench which provides a jump start to the digestive system and protects cattle during stress. It is formulated to help cattle recover quickly and does not interfere with antibiotics that might be given simultaneously. Amaferm®, a research-proven precision prebiotic that increases intake, digestion and absorption is the key ingredient in all BioZyme products. Once the calves are processed, they are turned into pens for up to three weeks to make sure they stay healthy before they are turned out to grass. In those pens, they have Vita Charge Stress Tubs waiting for them. The tubs allow cattle to get their daily dose of Vita Charge in a convenient method. In addition to Amaferm, the Stress Tubs also contain MOS to expel the bad pathogens in the gut.

“As soon as we started using it, we saw our consumption go up. Cattle went to the bunks faster and would eat more. There in turn, I know they started gaining weight from day one, instead of setting there several days just trying to get back to pay weight. In addition, before we started using the Vita Charge Drench, we would spend at least an extra $3 per head, per load using more medicine to treat sick cattle. That first year, from the day we started using it until the end of the year, we got in about 700 head and our death loss dropped one-half of a percent. Little things make a big difference,” Steve added.

In addition to the monetary cost savings of medicine since the Howards switched to Vita Charge, Steve said they are saving time and labor from pulling and treating sick calves. Their calves are not getting set back; they are feeling good and gaining.

“The return on investment is several times over what it costs to put the Vita Charge in them. I couldn’t be happier. Their consumption is up, their performance this year is better than I can remember. At the end of the day, they are healthy, eating good, feeling good and will make more money,” Steve said.

When a program saves time, money and keeps calves healthy and performing, that is an investment worth looking into. Not only do the synergies exist between the products BioZyme offers, but good nutrition works together with good health, keeping those cattle growing and gaining the way they should with fewer treatments.