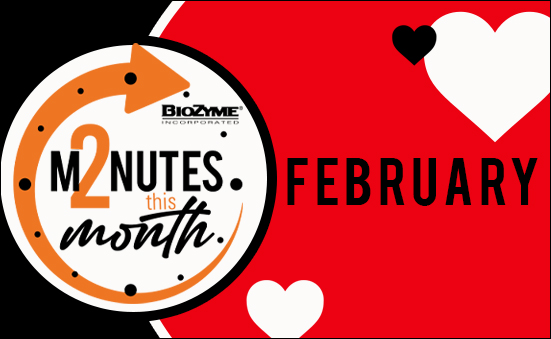 A new year is upon us, but the same challenges exist if you’re in agriculture; land values are high, feed costs are high, and if you are a farmer, seed and chemical costs are going to be higher than ever this spring. However, those involved in U.S. production agriculture continue to persevere and produce the world’s safest food, just like BioZyme focuses on producing safe, accurate products.

New this month, we’ll start highlighting some news from across the ag community that you can read in a quick two minutes.

Cattle slaughter was down in December, and overall declining cattle numbers are projected to reduce cattle slaughter by 2.5 -3% in 2022 and lead to a 2.5% decrease in beef production for the year. However, drought could change the timing by forcing more liquidation and slaughter sooner and delaying the decrease in production until later.

Mother Nature cannot play nice; she either sends excessive rains and storms to parts of the country or drought continues to wreak havoc elsewhere. The U.S. Forest Service along with other government agencies are partnering to help eliminate the spread of wildfires moving forward. This 10-year plan initially will target some of the highest risk areas, including the Pacific Northwest, the Sierra Nevada Range in California, the front range in Colorado and the Southwest.

The BioZyme brands were represented in January at both the Cattlemen’s Congress in Oklahoma City and the National Western Stock Show in Denver. In its second year, Cattlemen’s Congress boasted strong open cattle shows with great sales, many sponsored and supported by breed associations after a successful first year, as a pivot show when the National Western cancelled during the height of COVID. The new stockyards at the National Western are very impressive, and the NWSS staff was very exhibitor friendly this year. Quality junior market shows among the species make Denver a special place in January, with the junior market auction better than ever. Sales in the new auction arena in the Yards were strong and though attendance was slightly off this year, foot traffic at the BioZyme booth was tremendous.